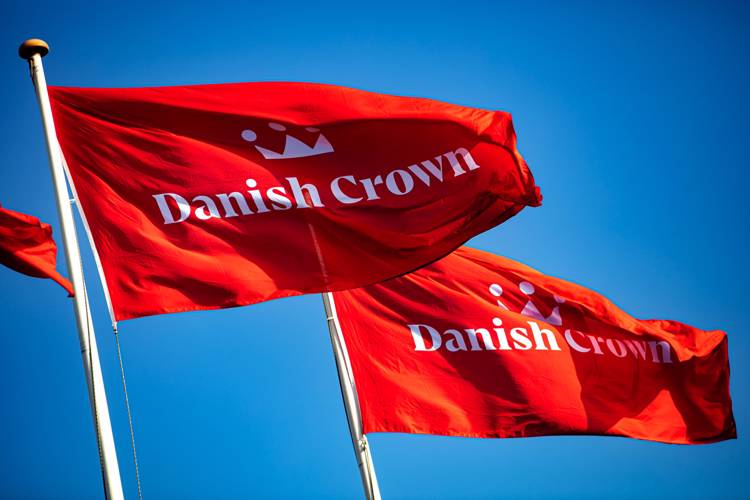 A monolithic and outmoded digital architecture resulted in low performance and low flexibility in Danish Crown – a global meat-processing company.

The legacy setup characterised a lot of the almost 100 sites as well as the intranet and that was a major obstacle when Danish Crown wanted a modern, scalable, and secure infrastructure.

– We really wanted to rethink our whole infrastructure to make it more modern, more flexible, and more scalable, she explains.

The objectives were clear and ambitious:

Basically, Danish Crown wanted a full overhaul of their architecture to achieve a headless and composable setup. For that, they needed both the right implementation partner and the right architectural components.

Mia Balle Sørensen and her team chose Limbo, a Danish agency, to handle the new build.

And they chose to build using Enterspeed as Digital Experience Composition (DXC) layer.

– We really wanted to go modern and headless, but we also realised that our multiple brand sites could challenge a headless architecture and make integrations and maintenance difficult. When I was first introduced to Enterspeed, I felt confident that Enterspeed’s Speed layer could be the component that ties our whole infrastructure together, Mia Balle Sørensen says.

She also emphasises Enterspeed’s Umbraco integrations as a key advantage. Danish Crown already knows Umbraco’s CMS thoroughly and has chosen to stay on the platform – although they’ll update to the newer Umbraco 10.

The implementation partner, Limbo designed the overall digital architecture, and they were quick to adopt Enterspeed:

– It always takes some adjustment when you work with new components and systems, but the flexibility that Enterspeed provides is a very strong offering. I’m excited to begin adding more sources to the architecture. Integrations will be easier in both development and in maintenance and that’s a huge gain, Rene Pjengaard Bank explains.

But it was more than just the Speed Layer itself that he emphasises:

– Because we needed to work with a new system, we worked closely with the Enterspeed team too. They were quick to implement any adjustments that we requested, and the support was great. It made the process much simpler for us.

From traditional to composable architecture ✔️

Using Enterspeed as DXC, it’s much easier for Danish Crown and Limbo to make changes to the tech stack, should the need arise.

– Danish Crown wanted a full digital refurbishment to gain a secure, modern, and headless setup and we were very aware to develop a stack that’s easily scalable across all sites, Rene Pjengaard Bank, Tech Lead in Limbo, says.

For Danish Crown and Limbo, it was particularly the benefits of international scalability, high performance, and stack agility, that convinced them of Enterspeed. And even though Limbo needed to adapt their development process to accommodate the off-the-shelf Speed Layer, they expect the benefits to outshine the labours of a new method.

After thorough planning, Danish Crown is now in the implementation phase.

– Enterspeed is definitely a lever that will help elevate us to a modern and composable setup, Mia Balle Sørensen says.